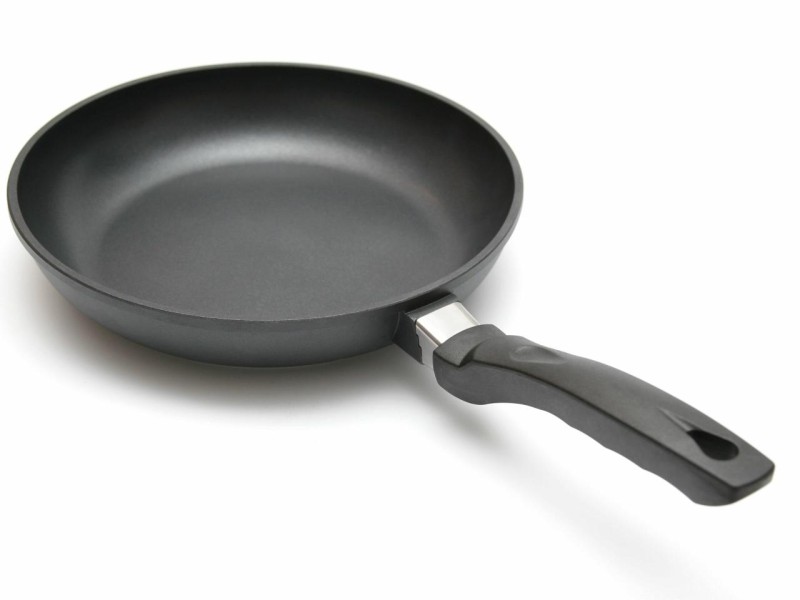 Teflon is the most common coating on cookware and non-stick pans. Practical, easy to cook food without burning, and quickens when washing dishes because it prevents food from sticking in the pan. But how safe is it for health? Can we cook quietly with this practical Teflon- coated cookware?

We will try to deepen this delicate argument, remembering that there are alternatives to Teflon.

Teflon is the commercial name of a synthetic polymer, known as Polytetrafluoroethylene and with the abbreviation PTFE. It is a high-temperature resistant plastic material, even higher than 200 ° C. PTFE is hydrophobic and has one of the lowest coefficients of friction in relation to solids. In this way, the anti-adherence of Teflon-coated cookware is guaranteed.

According to the Environmental Working Group, thermal degradation of PTFE leads to the dissolution of toxic substances, including corrosive and lethal gases, in addition to PFIB, a highly toxic chemical agent able to remain for a long time in the environment. Yet according to the Environmental Working Group, Teflon would come in contact with our body, staying in it for a long time and causing damage to the liver and thyroid, reducing our ability to fight off infections. The problem of Teflon residues in food, and in our body, would be more common in widely used, spoiled and scratched nonstick cookware.

Teflon, in addition to being harmful to animals – lethal toxicity was confirmed in flying men – would be a dangerous substance for man as well. In rare cases, it would be able to trigger a flu-like syndrome linked to exposure to the toxic substances left by this material. The dangers would also influence breastfeeding mothers: Teflon residues were identified in the breast milk of 45 mothers in the course of a year of studies conducted by researchers at the University of Manchester.

Dupont, the inventor and first producer of Teflon coated products, would have known of its negative health effects for more than 50 years. This became evident at a time when workers at their factories began to get sick while working. The risks would be linked to the substances and smoke from the material.

Will Teflon be prohibited by law?

The Environmental Protection Agency (EPA) has confirmed that one of the substances used in the production of Teflon – perfluorooctanoic acid (PFOA) remains in the blood for 4 years. Then, by 2015, producers must cease production. For this purpose, Epa addressed Dupont, 3M and other large companies. The greatest fear is related to damage to the liver and reproductive tract, as well as risk to pregnancy and the unborn since the residues of this material were individuated in the umbilical cords and in the blood of pregnant women. Industrial waste from PFOA can lead to toxic groundwater, contaminating drinking water. PFOA is considered a substance likely to be carcinogenic to humans.

The US decision to ban Teflon and PFOA is to reflect. Use non-stick frying pans, especially if old, is it dangerous? Altroconsumo in 2011 had conducted tests on spoiled pans without detecting the release of toxic substances, but simply losing the anti-adherence.

If, however, scientific studies have related exposure to Teflon to dangerous substances found in the blood and human body, it is hard to believe that pans with nonstick coating have nothing to do with it. When in doubt, do not take risks, especially with the particularly worn cookware.

As we had said, there are alternatives to Teflon. Regarding pans and pans, a safer choice would be stainless steel. Stainless steel is considered one of the most inert materials and able to leave only small amounts of chromium and nickel, which could cause problems for those suffering from allergy or intolerance to these substances. In this case, another valid alternative would be the pirex glass pots in addition to the cast iron cookware, not coated with toxic enamel. Maybe it’s just the case of letting the Teflon’s practicality aside until we’re sure we’re not ingesting this substance, are we?

WHAT IS THE EFFECT OF OVEN CLEANER ON KITCHEN COUNTERTOPS

HOW TO UNCLOG A KITCHEN SINK WITH STANDING WATER

HOW TO CLEAN GREASE FROM KITCHEN CABINETS

HOW TO READ A TAPE MEASURE

HOW TO MAKE RICE: THE EASIEST RECIPE OF ALL