A healthy diet during pregnancy is essential to maintain the health of the woman for the good development of the baby. Therefore, in addition to giving preference to nutritious foods and a balanced menu with vitamins, minerals, carbohydrates, healthy fats, and proteins, the expectant mother should also be aware of the foods that can cause problems.

The list of prohibited foods in pregnancy must be indicated by the obstetrician and may vary from woman to woman, but there are certain options that pregnant women, in general, should suspend. Know now 6 foods to avoid during pregnancy.

Never eat any type of meat that is not well cooked. Raw or undercooked white or red meat, especially pork and lamb, may contain microorganisms that cause toxoplasmosis.

Toxoplasmosis can be transmitted congenitally, that is, from mother to fetus. The effects of the disease on a baby in the womb vary depending on the period of pregnancy when the infection started, but it can lead to brain damage and blindness in the fetus. Miscarriage is another complication of toxoplasmosis in pregnancy.

Delete raw eggs from the menu, they can be a source of bacteria that harm both mother and baby. Foods such as sauces made from raw or undercooked eggs and homemade mayonnaise should also be left out of the pregnant woman’s diet. The ideal is to cook them until the yolk and white are firm to avoid salmonella contamination.

Pasteurization is a process that causes milk to be heated to a temperature that kills microorganisms that can be harmful to health without changing the characteristics of the food. Therefore, before consuming milk and cheeses, make sure they are pasteurized.

Another tip is to avoid imported soft cheeses, such as brie, camembert, Roquefort, gorgonzola, white cheese, and fresh cheese, unless they are made from pasteurized milk.

Most foods that come from the sea, such as certain fish and shellfish, are safe to eat during pregnancy as long as they are well cooked. This recommendation is made because raw they can be contaminated with bacteria and viruses that cause food poisoning.

Deep-sea fish such as tuna and salmon should be avoided as they contain high levels of mercury, a substance harmful to the nervous system and brain development of the fetus.

Certain types of fish used in sushi should also be avoided due to the high amount of mercury. Canned tuna is the light version and usually has a lower amount of mercury than other tuna, but it should still be consumed in moderation.

Caffeine is found naturally in coffee, tea, cola drinks, chocolate, and some medications. Although most studies show that caffeine consumption during pregnancy is not related to fetal malformations and abnormalities, there are others that show that it can be related to miscarriage during the first trimester of pregnancy, premature birth, low birth weight, birth, and withdrawal symptoms in newborns.

It also increases the production of stress hormones, causing compression of the uterine blood vessels, which can temporarily reduce the amount of oxygen delivered to the fetus. Therefore, it is safest to avoid caffeine until the baby is born.

The ideal is to avoid the use of sweeteners and replace them with sugar, but always in moderation. Pregnant women and women who are breastfeeding should also avoid saccharin, preferring sucralose and stevia. In the case of diabetes, the best option is to use aspartame, respecting the daily limit of 40mg per kg of weight.

Discover the 7 Worst Foods for Digestion 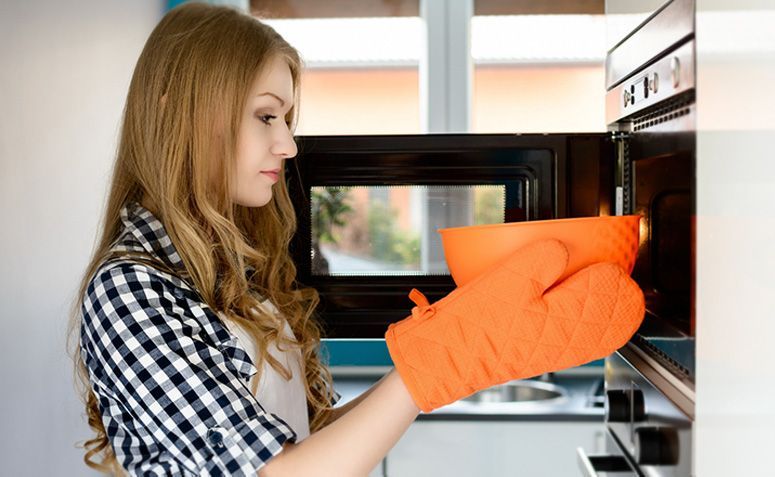 6 Foods You Shouldn't Reheat in the Microwave

6 Foods You Shouldn’t Reheat in the Microwave

18 Mistakes You Might Be Making When Preparing Your Food